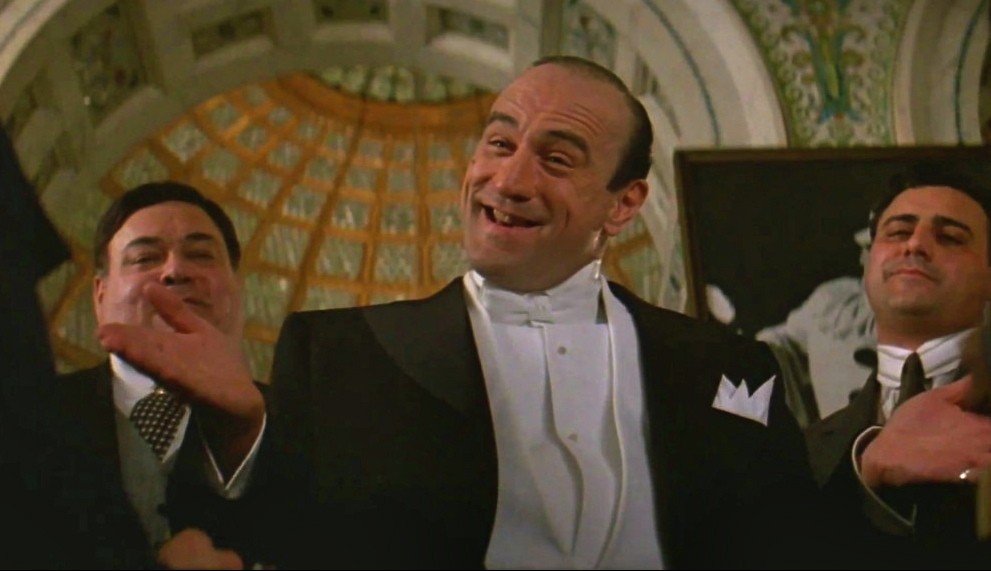 On the eve of the tax deadline in the United States, we take a look at 10 films where taxes were used as a primary plot motivation.

Taxes can be as sure as death, and they may not be very popular among those of us with hard-earned money, but they enable certain services that ultimately benefit us all. Taxes are also a subject that most of us know quite well because we have to pay them. As a result, they can serve as an important subject in the film. Not just because of what they can accomplish, but because almost everyone hates paying them.

We can all think of better ways we’d rather our tax money be spent, but the fact is that they’re something that’s almost universally a downside. By spinning a plot or having a motivation based on that downside, movies can connect with audiences. Although we don’t understand the intricacies of how taxes work, we know that if you don’t pay them, you can get in trouble. Below, I’ve listed 10 popular movies (in no particular order) where the subject of taxes plays a vital role in the plot.

**SPOILER ALERT** – The discussion of how taxes play a role in the sequel film reveals some key plot details. Proceed at your own risk!

Plot: The story of an unlikely high school romance when the slacker Lloyd decides to ask out the class valedictorian (Diane), who actually agrees, much to the chagrin of her controlling father.

What do taxes have to do with it? Diane’s father Jim is under investigation by the IRS for tax evasion. In the end, he is sentenced to prison, which prevents him from interfering in Diane’s relationship with Lloyd and eventually allows Lloyd to travel to Europe with Diane. Jim claims his actions were motivated by his love for Diane, as he was trying to pay for her future.

Plot: A group of government agents are given the near impossible task of bringing down notorious gangster Al Capone at the height of his control over Chicago during Prohibition.

What do taxes have to do with it? Due to Capone’s nearly impenetrable criminal network (and the bribes he paid to numerous government officials at all levels), it proves very difficult to build a case against him for his crimes. However, they realize that Capone hasn’t filed a tax return for the past 4 years, prompting their operation. In the end, they are able to get enough evidence, capture Capone and have him sentenced to prison for tax evasion.

Plot: Happy Gilmore, a failed hockey player, discovers he has a talent for golf. When his grandmother’s house faces foreclosure, he enters golf tournaments to try and raise money to save her house.

What do taxes have to do with it? The whole movie is tax driven as Gilmore’s grandmother owes the IRS $275,000 which is why her house is foreclosed. As some of his possessions are being repossessed, Happy is challenged by the movers to a long-distance competition where he discovers his unique talent.

Plot: Jake and Elwood Blues travel the Midwest to reunite their band to raise money to save the orphanage they grew up in.

What do taxes have to do with it? The orphanage owes $5,000 in property taxes and will be closed unless it can be paid. This is what first inspired the Blues Brothers to reform the group.

Plot: Andy Dufresne is sentenced to life in prison, where he meets fellow inmate Red and over nearly two decades their friendship grows until they decide to escape.

What do taxes have to do with it? Andy is a banker, and as a new inmate he is attacked by the most violent criminals. When he learns that a guard has tax problems, he helps him. This act of kindness is noticed by the other guards and Andy helps them as well. Soon they begin to protect Andy and allow him to survive the violent prison.

Plot: When law student Mitch lands a dream job at a powerful high-end law firm, it all seems too good to be true. But as he works with high profile clients, he begins to understand his company’s shady operations and must decide whether to turn a blind eye and reap the rewards, or risk his career and life to stop them.

What do taxes have to do with it? Mitch grows suspicious when he learns how his company helps clients transfer money to offshore accounts in order to evade taxes. Later, he learns that one of the firm’s clients is a crime family wanted by the FBI for tax evasion. Eventually, Mitch must help the FBI bring evidence against the crime family and their company.

Plot: Three stories of questionable accounting practices based on real-world events are used to discuss the implications behind the Panama Papers scandal. In particular, the film focuses on a company called Mossack Fonseca which is responsible for creating thousands of front companies overseas to help people avoid government jurisdiction.

What do taxes have to do with it? One of the main reasons a person may set up a shell company is to avoid paying taxes. These efforts created tax havens that were almost untraceable, until the details of the Panama Papers came to light.

Plot: The story of how Patrizia Reggani marries Maurizio Gucci and together they come to control the Gucci fashion empire. However, greed comes between them and drives them to take desperate measures against each other, to their own doom.

What do taxes have to do with it? Maurizio’s uncle, Aldo, is responsible for managing the brand and owns a majority stake in the company. When Aldo doesn’t want to give up his power, Maurizio publishes proof that Aldo evaded taxes. Aldo goes to prison, which gives Maurizio the opportunity to assert himself.

Plot: Jeff Bailey is a former private detective trying to live a stress-free life. When a figure from his past searches for him (Whit Stirling), he is blackmailed into working for a powerful kingpin with whom he had unfinished business. Bailey is forced back into the unsavory job he had tried so hard to avoid, and navigates a convoluted web of lies and deceit to stay alive.

What do taxes have to do with it? Stirling is forced to look for Bailey when a lawyer tries to blackmail him over tax evasion. Stirling wants Bailey to get evidence against the lawyer, but in the process tries to frame him for his previous discretions. Bailey later uses the tax evidence in an exchange with Stirling to obtain proof that he committed murder.

Plot: Sir Robin of Loxley opposes the brutal reign of Prince John, has his nobility stripped and is thrown out of court. Robin forms a group of men to wage a guerrilla war against Prince John’s rule, defending the rights of the poor against the tyranny of the rich.

What do taxes have to do with it? When Price John becomes King of England after his brother is captured, one of the first things he does is raise taxes to get richer. This causes the Saxon populace to resent the new king and allows Robin to find common cause to unite his merry band of men.