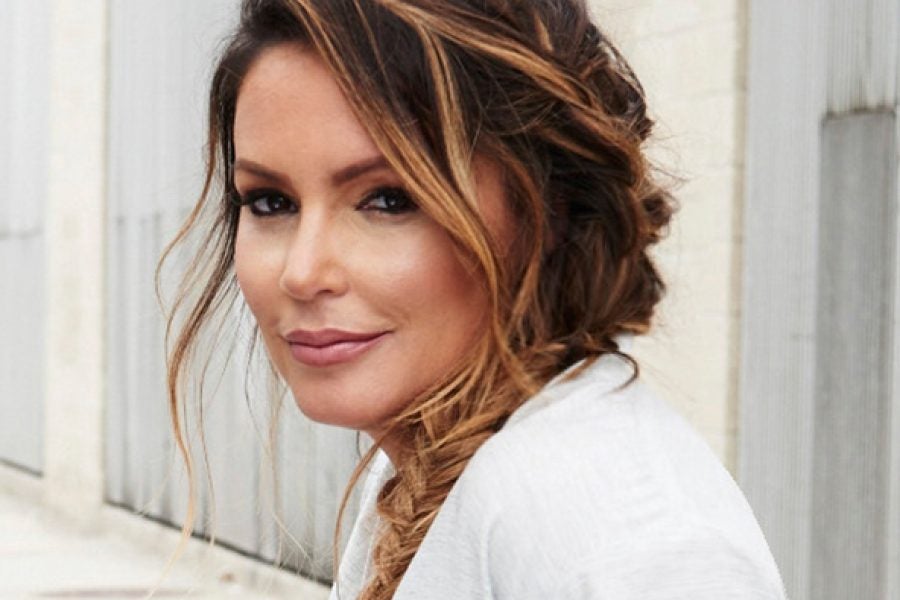 Radio legend Angie Martinez has been around long enough to know what it takes to make a successful career in the creative arts industry. Passion and tenacity are certainly two key aspects to get there, but for her, it says a lot about the opportunity.

“I don’t know where I would be if it wasn’t for my first few days of internship,” she says, referring to her time as an intern at Miami’s Power 96 radio station. While there, she said she really honed her craft and lit the spark that eventually paved the way for radio.

It was recently announced that Martinez and recording artist Fat Joe are teaming up with Pepsi’s Stronger Together initiative in partnership with Gamesa Cookies, to raise awareness of their Creative Arts Scholarship program.

The program aims to support underserved high school youth by providing one of four $25,000 scholarships for an education in music and the arts.

After kicking off in NYC, Pepsi Stronger Together and Gamesa will tour nationally, stopping in Los Angeles and Houston, with help from Texas rapper and scene icon Bun B, before wrapping up in Miami.

“The Pepsi Stronger Together $100,000 Music and Arts Scholarship Program is another example of how we are reaching out to the community on our journey to make a difference between people, business and community with PepsiCo’s Racial Equality Journey, which was introduced to raise diverse voices and help break down racial barriers for Black and Hispanic Americans,” said Derek Lewis of PepsiCo, President of Multicultural Business and Equity Development.

“Over the past year, we’ve continued to expand PepsiCo’s commitment to access to education, from our Uplift Community College Scholarship Program which has helped fund nearly 1,800 scholarships in 20 cities to our SMILE (Success Matters in Life and Education) initiative which provided mentorship and orientation scholarships to help students make the leap to 4-year college or university. We have seen the impact that these programs can have by not only creating opportunities now, but by giving students the tools they need to succeed in the future.This latest scholarship is part of our continued commitment and continued work to help drive change in communities and have a positive impact on our world.

The program was officially announced on June 12 at New York’s Puerto Rican Day Parade, where Martinez and Fat Joe acted as official sponsors.

“It’s really special to me,” she shared with Essence. “First of all, I’ve been going to the parade since I was seven – and even in adult life I’ve been to it every year. The only year I missed it was because I was giving birth to my son.

She shared that this is a particularly unique year for the parade as it is making a comeback for the first time in two years due to the COVID-19 pandemic.

“It’s really good to be back outside giving the kids an opportunity and funding and doing it with Joe, my brother. We started our careers around the same time. So it’s kind of a really cool full-circle moment.

Martinez says the partnership with Pepsi’s Stronger Together comes at a time when students need it most.

“Participating in arts programs can be expensive, especially now, if you don’t have the right support,” she points out. Martinez scores a point.

K-12 Dive reported that a 2021 analysis of Chicago Public Schools (CPS) found a 97% increase in regular access to arts education over seven years beginning in the 2018-19 school year. . Despite this, 35% of students, primarily those who are black and also underserved, remain “without consistent access to high-quality arts education,” according to the findings.

Despite the challenge, Martinez says creatives should never stop doing what they love because it will all pay off.

“I sympathize with those who are worried about going into the arts because they are afraid of not being able to take care of themselves, because when you are young you have so many fears”, a- she declared. ” ‘Am I okay’? ‘Am I going to make enough money’? But I also subscribe to the belief that we only live once. That’s it. You don’t get to redo. So consider your gift. we need it.”