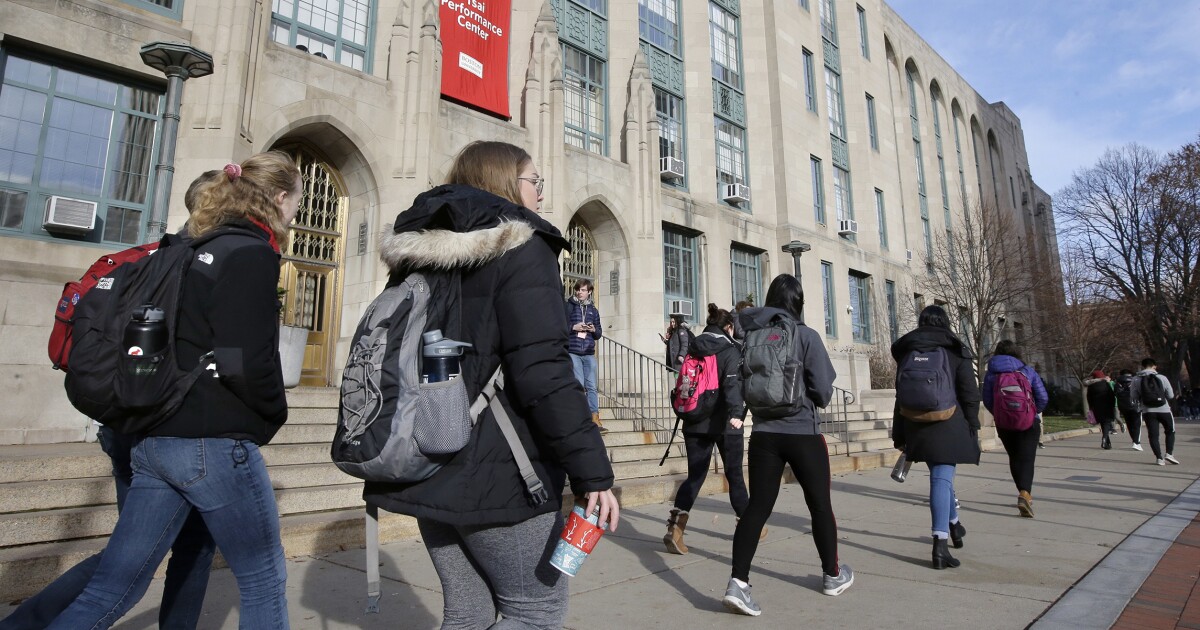 youUniversity of Massachusetts-Dartmouth, Professor Lucas Mann recently argued in a paper for Slate that he has “never seen classrooms like mine in the pages of the Times” and notes that he sees students struggling to find their voice and certainly not out of “some sense of political fear and self -silence”. Mann’s experience as a professor at a southern Massachusetts regional school and not at an elite national research university is one where his “students work very hard to make others feel welcome because they go through the same process. They are, on the whole, much softer with each other’s ideas than with their own. In short, Mann suggests that the press and the national air focus on a few dozen elite schools that enroll a few hundred thousand students and not the millions that are enrolled elsewhere in more than 5,000 others. colleges and universities.

Professor Mann is absolutely correct in making any real distinctions about the country’s elite schools, but he is too quick to brush off the threat of cancel culture as an elite phenomenon and focus on his particular classrooms and not on the trials and tribulations outside the classrooms. The sad reality is that canceled culture and fear of speaking out is rampant on our college campuses, and diversity of viewpoints is no longer considered a sacred and fundamental value in higher education, albeit at times different degrees in various institutions of higher education. Students attending the country’s elite schools – those who are expected to thrive in the world of research, innovation and discovery – are actually more likely to try to cancel speech than their peers who attend lower-ranked educational institutions.

New data from the Foundation for Individual Rights in Education (FIRE), RealClearEducation and College Pulse provide empirical insight into schools likely to try to shut down the floor. The survey captures the voices of more than 37,000 students at 159 colleges and paints a picture of college life in which shouting at speakers, preventing others from hearing diverse viewpoints and even resorting to violence to prevent speech are considered acceptable by many students.

Nationally, two-thirds of students think there are times when yelling at a loudspeaker can be justified. In the top 20 colleges and universities ranked by US News, which includes schools like Yale and Middlebury, nearly three-quarters (72%) of students say there are instances in which trying to disrupt a speaker is justifiable. At schools ranked below 100, like Texas Tech, the University of Central Florida, and regional schools like Professor Mann’s, the number drops to 62%.

Asked about the acceptability of preventing peers from attending a presentation on campus, 40% of students nationwide say there are times when preventing their classmates from hearing someone’s opinions another may be justified. In comparison, 50% of students in the top 20 schools think such behavior is justifiable. The numbers drop from there: 41% of those attending schools rated between 41 and 75, like Penn State and Syracuse University, think it’s okay to keep their peers from hearing a speaker. Just over a third (35%) of students enrolled in schools ranked below 100 — schools that include New Mexico State and Georgia State — believe there are instances in which to block their peers is acceptable.

Finally, almost a quarter (23%) of students in the country think that acts of violence could be justified to prevent speech. This alarming figure is even higher at elite colleges across the country. Thirty percent of students at the top 20 colleges and universities believe there are instances where violence is acceptable. The number drops notably for schools ranked below 100, which include the University of Illinois at Chicago and the University of Central Florida – where only 20% accept violence as a way to stop speaking, but the difference here is not huge between elite and non-elite.

The data is clear: the more elitist the school, the more likely its students are to want to silence speech. For elite, academically-minded schools, it’s not only a complete repudiation of their very mission and raison d’être, it’s also deeply saddening to watch as a teacher. The impulse to cancel in the name of awakened, identity-laden, progressive values ​​prevents students from growing and learning to connect with others in a world of real and worthwhile differences. But the lower-ranked regional schools aren’t perfect either; a significant number of these establishments are still open to speech closure, even though they are not ‘ivy tower’ schools. Far too many students will leave the halls of these schools thinking that shouting out ideas is acceptable and effective, and that it poses a real danger to higher education and society in general.

By coddling students and allowing woke administrators to set the agenda, schools are depriving students of a genuine educational experience – one that should be both joyful and, at times, uncomfortable; one filled with speeches, debates and ample speeches.

This article originally appeared on the AEIideas blog and is reproduced with the kind permission of the American Enterprise Institute.