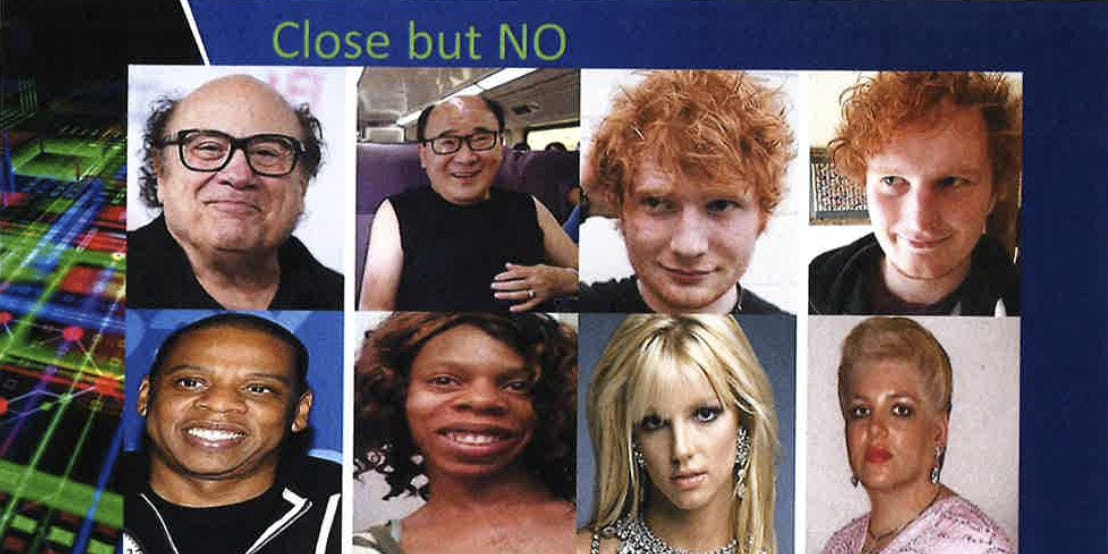 Images posted on social media have become so valuable to police investigations that the Chicago Police Department thanked Facebook, “selfie culture” and “high-definition cameras” on cellphones during a presentation on the use of facial recognition technology.

“THANK YOU FACEBOOK!” read a slide from the document, which was obtained by Insider via a public record request.

The presentation did not specify why Facebook was thanked. But millions of photos are uploaded to social media every day. Police use these platforms to obtain images for facial recognition searches, find other images to match against those search results, and gather information about suspects in general. That’s way beyond what most consumers probably expect when sharing personal information like this online.

The slide presentation, dated October 2, 2019, lists examples of facial recognition providers the Chicago Police Department can use, such as Amazon Rekognition, NEC, Cognitec, and DataWorks Plus. (In June 2020, Amazon suspended the sale of Rekognition directly to the police). The document also shows that the Chicago police used Genetec’s license plate reading technology. He also mentions BriefCam, which says it combines facial recognition, object recognition, and the ability to filter images based on someone’s gender or the color of the clothes they’re wearing. In BriefCam marketing materials, Chicago police said the software helped them isolate surveillance footage from the Jussie Smollett case.

The document was created by Michael Chiocca, who worked for the Chicago Police Department from 1997 to August, during which time he faced 66 allegations of misconduct, more than 99.3% of other officers in Chicago, according to data from the Invisible Institute police transparency project. Chiocca, who now works for Genetec, did not respond to requests for comment.

His presentation explains how to use DataWorks Plus, a tool that combines images with existing mugshots and integrates with NEC and Cognitec. The document says CCTV footage and social media could lead to a “suspicious identification”. But he also notes the technology’s potential pitfalls, saying facial recognition was a “narrow tool” that could not be used to “‘confirm’ an identification by other means”.

Two other slides, both titled “Close but NO”, appear to address the issue of lookalikes in facial recognition. In these situations, the software accidentally matches different people who look alike. Chiocca gives seven examples of look-alikes: Bryce Dallas Howard, Bradley Cooper, Ryan Gosling, Danny DeVito, Ed Sheeran, Jay-Z and Britney Spears. The featured “look-alike” for DeVito is an Asian male, and the example for Jay-Z is female.

Another slide says the facial recognition software uses “an analysis of various features and points on the face” and not “demographic data.” This may be an effort to address research that has found this technology to be less accurate when assessing faces that are not white and masculine, often through false positives and incorrect matches.

It is estimated that the Chicago Police Department has access to over 30,000 surveillance cameras. He also has a habit of using social media as a policing tool. It was one of the police departments that used Geofeedia, a social media monitoring tool that flourished in law enforcement communities to monitor Black Lives Matter protesters until Twitter and Facebook close Geofeedia’s access to their data.

In the past, the department has also paid to use Clearview AI, which is known to retrieve billions of photos from social media. That contract was terminated when Clearview ceased doing business in the state, amid a lawsuit under Illinois’ biometric information privacy law.

Do you have any advice? Contact this reporter at [email protected] Where [email protected], or via the Signal secure messaging app at +1 (785) 813-1084. Reach out using a non-professional device. Check out the Insider source guide for other suggestions on how to share information securely.