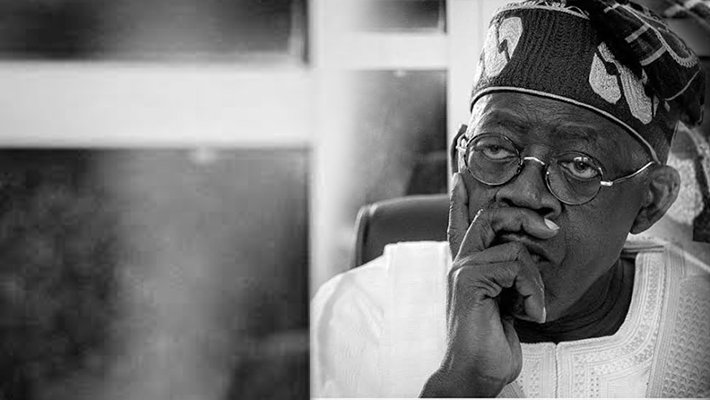 I don’t like Bola Tinubu’s politics and I don’t want him to be president if I can prevent it. In a January 12 Facebook update, I wrote, “I would hate for him to be president because he is too sick, too old, too steeped in fraud (even his name, age, education and origins are frauds), and too much like Buhari whose “legacy” of poverty and incompetence he said he would “continue” to be an option.

But I must admit that he is the victim of sustained misinformation and misinformation, sometimes innocent and sometimes intentional, about his age and his post-secondary education. When I encounter superior facts that challenge or contradict what I know, I give in and admit my mistake without hesitation.

For example, in 2015, I lent my voice to the whisper campaign that Goodluck Jonathan didn’t get the doctorate he said he had. Extensive circumstantial evidence, including Jonathan’s own resistance to providing proof of graduation, lent some credence to the suspicion that he had not completed his degree.

However, at the end of 2015, I did all I could to find out from people who should know at the University of Port Harcourt and found information, which Goodluck Jonathan and the administrators of Uniport were reluctant to share, which answered questions people were asking about Jonathan’s doctoral training. On September 19, 2015, I wrote a column titled “New Evidence That Goodluck Jonathan’s PhD May Be Authentic” and became the first person to publish the title of his PhD thesis and the name of his thesis supervisor.

Likewise, when I found out that Muhammadu Buhari had actually completed his West African Studies Certificate in 1961 and earned five credits and a pass, contrary to popular belief that he hadn’t, I revised my opinion. (See, for example, my August 14, 2021 column titled “Top 5 Lies about Buhari That Won’t Go Away”, where I also showed that Buhari’s age statement has been consistent since he was at least 18 in 1961).

Well the Punch of January 7 reported that Chicago State University had written to him confirming that Tinubu had indeed graduated from the school after two years of study there. Richard J. Daley College, a community college in Chicago, also confirmed that he earned an associate’s degree there (equivalent to a regular national degree in Nigeria). In other words, he spent two years at Richard Daley College for an associate degree and another two years at Chicago State University for a bachelor’s degree.

He got in trouble in 1999 because he wrote on his INEC forms that he graduated from the University of Chicago, a prestigious private university, when he was actually a graduate of Chicago State University. Chicago, a Historically Black College and University (HBCU). Later, he blamed the “error” on Senator Tokunbo Afikuyomi.

Thus, the widespread claim that the authenticity of Tinubu’s college education is shrouded in mystery has no basis in fact.

What does have some basis in fact, however, is that there is no public record of where he attended high school. In his 1999 INEC form which he admitted to be riddled with errors, he stated that he attended Government College, Ibadan, which turned out to be untrue.

In a January 22 article, former Tinubu press secretary by the name of Segun Ayobolu said following the controversy that attended the exposition of inaccuracies in his diplomas in his INEC form, Tinubu admitted to not having attended a secondary school after his primary “because of his poverty”.

Again, despite widespread claims to the contrary, Tinubu’s age has also been fairly consistent in public records. Archives from the 1970s of Richard Daley College and Chicago State University, which I reviewed a few days ago, show that he always gave his birth year as 1952.

It was only his Chicago State University transcript that gave his birth year as 1954, but that was attributed to a clerical error. In any case, 1954 is two years younger than 1952. If the year had been significantly older than 1952, there would have been a valid basis to speculate that it was his true year of birth which he accidentally left out. escape.

Thus, at no time did he officially claim to be born before 1952. It is entirely plausible that he was born before 1952, but no one has shown any official document to authenticate this.

People whose births have not been officially registered, as I assume was the case with Tinubu, have plenty of leeway to claim any age.

Remember the spat between Wole Soyinka and Olusegun Obasanjo some time ago when Soyinka asked why Obasanjo was older than him when in fact Soyinka used to call Obasanjo by the honorific “egbon (indicating that Obasanjo was older than him) when they were growing up in Abeokuta. Obasanjo responded by saying that because his birth was not registered when it happened (since his parents were not educated like Soyinka’s parents were), he made up a date of birth.

Tinubu can make the same argument, and it will be valid.

The viral video someone recorded of multiple edits to her and her first daughter’s Wikipedia page to alter her age is neither here nor there. Anyone can edit a Wikipedia page, and the Wikipedia pages of politically exposed people like Tinubu are often subject to vandalism, which Wikipedia defines as editing a page “in an intentionally disruptive or malicious way”. Vandalism includes any intentionally humorous, absurd, hoaxing or degrading additions, deletions or alterations in any way. »

If someone maliciously changes someone’s date of birth on Wikipedia and an editor restores the original date (this is called “edit wars” in Wikipedia lingo), it is unfair to blame the page owner for this.

I too had no idea I had a Wikipedia page until a younger friend of mine by the name of Usman Zakari Ibrahim drew my attention to it in 2017. My birth year was written there as originally as 1970. That’s the year my eldest brother was born, three years before I was born. Whoever or whatever program created the page later changed my birth year to 1973 after I complained. Does this suggest foul play on my part?

Unlike Tinubu, my birth was registered in a hospital. I have a birth certificate from the real time hospital with the exact time of my birth, the nurse and midwife who gave birth to me, my weight and the ointment that was applied to my eyes afterwards my birth. There’s no doubt about my date of birth, yet Wikipedia didn’t find my birth year correct the first time around.

Nevertheless, what remains obscured by clouds of controversy is Tinubu’s birthplace (he claims it’s Lagos, but many Lagos locals say he doesn’t even speak Yoruba with an accent of Lagos), by which name he was initially known before adopting his current name as it is recorded that the Tinubu family in Lagos disowned him, who his biological parents were and why he took on his current identity.

Sahara Reporters also reported on Friday that he flew abroad again to treat his failing health, months after returning from London for the same reason. If true, he must also reveal his true medical condition if he is to be taken seriously as a presidential candidate in 2023, especially given Nigeria’s experience with Umar Musa Yar’adua (deceased in office) and Muhammadu Buhari (who became the world’s most infamous presidential medical tourist in London).

His supporters and guardians say these worries are unnecessary distractions meant simply to rob him of credibility. But their defensive attitude will not stop the worries. In fact, it gives them wings and inspires more unflattering speculation about him.

Khloe Kardashian “gets along well” with Pete Davidson | Culture & Leisure