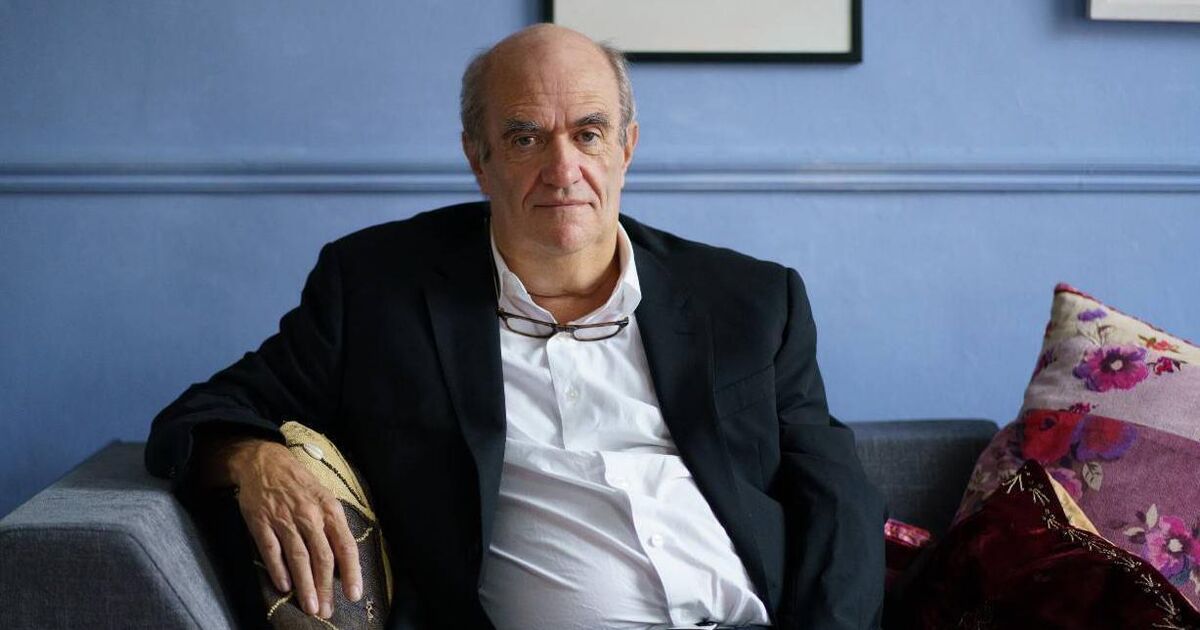 Colm Tóibín, 67, is one of Ireland’s greatest living writers. He grew up in Enniscorthy, Co Wexford, which is the setting for several of his novels, including Brooklyn, which was made into a popular film starring Saoirse Ronan. In 1982, he became editor of Magill Magazine. Later he published several acclaimed non-fiction and travel books. In 2006, he won the Dublin Literary Award for his novel The master. He lives in Los Angeles.

I loved Agatha Christie novels growing up. Perhaps one in particular, with a magnificent title: 4.50 from Paddington. I found them fascinating. Storylines have always intrigued me. I would never have predicted who committed the murder. He was always a surprising person. These are the first books that really interested me. There was a certain image of English life – I mean the whole vicar business, for example – which was a far cry from my childhood in Enniscorthy. It was quite exotic.

Reading Ernest Hemingway The sun also rises, which I would have done around 17, was influential. I found the style interesting, its simplicity. The way he presents the character of Jake, who is such an observer, an observer. He often stands outside the group. Hemingway makes it accessible to any reader – so you can see poor old Jake, how he suffers. He is a modern man. He suffers as much as he loves.

I read Richard Ellman’s biography of James Joyce when I was 19 or 20. It is an extremely interesting book. I read it before reading Ulysses. It was close to home in some ways – the childhood, the upbringing, the way Ellman could write about both life and work. I particularly remember being struck by his description of the story The dead, but also integrating it all the time with the way Joyce had lived her life. It was a fascinating book.

The golden age of cinema

There was a wonderful cinema in Dublin in the 1970s called The International. It was at Earlsfort Terrace – the space where the Sugar Club is now located. They changed the movie every week and it would be something terribly interesting. Even before the word art and essay appears. Thursday night you would see the new sign indicating what it was going to be. It was a heroic period of cinema. You saw the new Fellini, the new Bergman, the new Polanski films. Also Eric Rohmer, Luchino Visconti. Curiously, I’m stuck in this period. I never moved on after that. I always expected life to be like this – that there would be a wonderful new movie premiering every week. It didn’t turn out to be true.

There’s a scene at Fellini’s Amarcord where they all masturbate. This was cut during the Irish screening. I mean literally with the scissors by the Irish censor. I didn’t know this scene was in the movie until I saw the movie years later. I thought, I don’t remember. The scissors were so badly made sometimes that you could notice the incision. A great cheer would rise in the audience. A cynical cheer: how boring it is to be in a country where a man sits in a room with scissors and cuts off the piece you most wanted to see in the movie.

In my mid-twenties, I read a lot of Norman Mailer’s books: armies of the nightwhich is a description of the anti-Vietnam protests and another book Miami and Chicago Headquarters, which is about the 1968 Republican and Democratic Conventions. He put himself in the center of the picture. He wasn’t embarrassed about it. He was a bulky, boastful figure. He was always trying to be big somehow. I admired the sense of energy in the writing, the sense of novelty. The presence of the writer, how it was handled, the way he dealt with political things in a quirky and interesting way.

Joan Didion was a fine stylist, both as a novelist and as a non-fiction writer. His non-fiction had more impact: his books The white album and another, Advance to Bethlehem. More than Mailer, Didion was an observer. It was someone who would sit and notice. She placed herself at the center of her non-fiction, but in a different way from Mailer, who was always making noise. Didion was often silent – that wandering neurotic figure, watching the Doors record an album in an iconic, distant and self-aware way. His non-fiction was very exciting to me.

I started reading Henry James around 18 or 19. The novel I wrote The master, was born from his reading in those years. I found the style in Portrait of a Lady beautiful. There is an elegance in the way of making the sentence. It seems at first to be a novel about the style and coming of an American to England, and the difference between the two countries, but it turns out to be a novel about betrayal. A rather moral novel about good and evil. I didn’t see the plot coming. I was caught off guard. I found it intriguing to see how something was going on, but didn’t notice it.

The character that intrigued me the most among travel writers was VS Naipaul. He wrote novels and travel diaries, including the marvelous travel diary Among the believers, about the Ayatollah’s rise to power in 1979, as he traveled through Muslim countries like Malaysia and Iran. There is another book by him that I admired called The return of Eva Perón, which is an account of being in Argentina at the time of the “disappearances”. Naipaul had an authoritative, masterful style and a sense of history.

Popular culture is designed to brighten your day: beach novels, glossy pop bands, advertising. There is a need for something that brings sadness and gives you another perspective on life other than it’s a good happy thing and you should go shopping. There are so many jingles. Finding something that isn’t jingle deepens your experience of life. That’s what Sean-Nós does. There are so many sad songs in Ireland. They are there for a reason. I find the level of dedication of these artists to getting it right – Joe Heaney, Caitlín Maude, Mairead Ni Dhomhnaill – impressive. It’s as if they were making songs for each other. They are connoisseurs.

Feds: R. Kelly remains on suicide watch ‘for his own safety’ | Entertainment