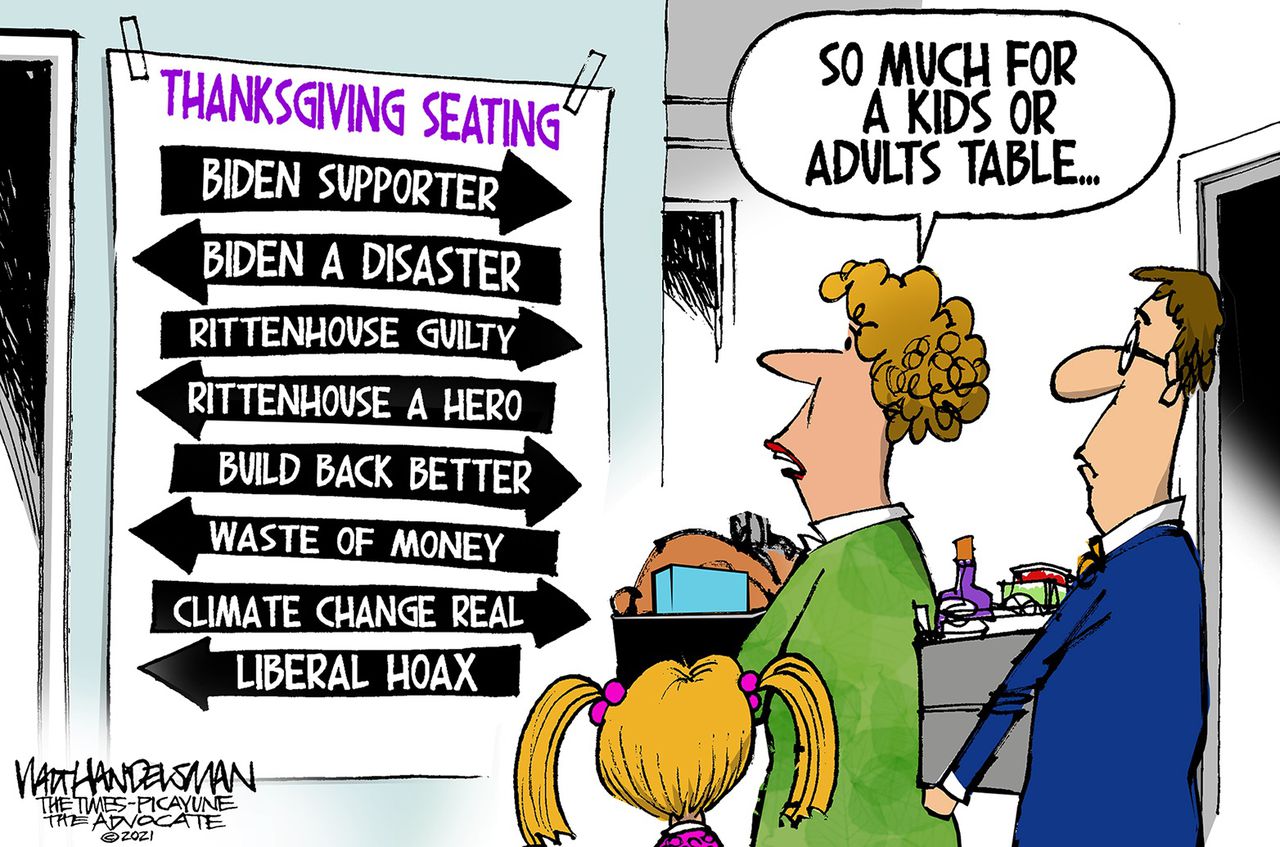 Turkeys and Thanksgiving are the big themes in this week’s editorial cartoon gallery, with riffs on the ceremonial presidential pardon of two birds, seating arrangements by policy and vaccination status, high prices, the Thanksgiving parade of Macy’s and the children’s table.

There’s also a comment on the acknowledgments, but that’s no joke. Chicago Tribune cartoonist Scott Stantis has often been absent from this weekly roundup over the past year. Now we know why. In a cartoon essay titled “A Simple Thank You,” Stantis recounts how Covid-19 hit his family hard, killing his stepfather and making him very ill. The story has a happy ending, for which he is grateful: “I woke up this morning.”

The other big topic of the week was the acquittal by a Wisconsin jury of Kyle Rittenhouse, then 17, accused of shooting three people during a demonstration in Kenosha, Wisconsin. Two of them died. Rittenhouse claimed he shot them in self-defense, and the jury agreed. Cartoonists were divided over the correctness of the verdict. Cartoonist Joel Pett drew a Thanksgiving children’s table with plates, napkins and guns.

Other topics covered in the cartoons include President Joe Biden’s colonoscopy; the president’s order to release oil from the country’s strategic oil reserve to lower gas prices; Chinese tennis player Peng Shuai’s official silence after she made an explosive “Me too” allegation against a former senior Chinese Communist Party official; and the epidemic of drug overdose deaths during the Covid pandemic.

Update on the latest news, sports, business and entertainment at 12:20 am EST | Minnesota News