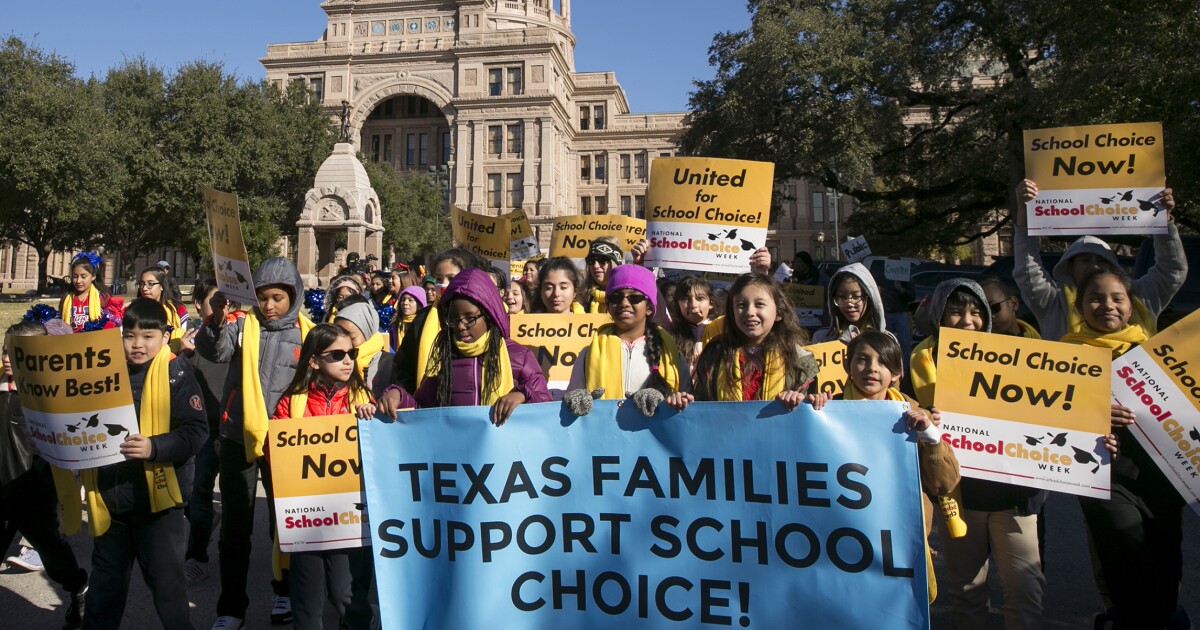 AAs disappointing as the Republicans’ midterm performance was, this year’s election had many upsides beyond the likely loss of the House of Representatives to the Democrats. Among Tuesday’s biggest winners was the issue of school choice, a nonpartisan issue that is really about the quality of education.

The victories were big and widely publicized. Tommy Schultz touted last week that his organization, the American Federation for Children, had targeted and defeated about 40 sitting state lawmakers who opposed school choice. It was a good investment of the band’s $9 million.

In South Carolina, school choice advocate Ellen Weaver was successfully elected as superintendent of education on a platform for educational freedom. And the wave of school choice wasn’t limited to rural voters in the state, either. In Charleston, candidates backed by the pro-school-choice organization Moms for Liberty won a majority on the local school board.

This is just the beginning of the successes for freedom of education candidates on election night, including successful re-elections for every governor supporting school choice. And those victories were preceded by one of the most exciting outcomes – the welcome failure of leftists to repeal Arizona’s school choice law through a referendum.

For decades, the Liberals have claimed they could solve the education problem with more funding and fewer students in the classroom. And for decades they kept getting more funding and smaller classrooms, and it didn’t solve anything. Student proficiency has not increased despite trillions of dollars invested over the years in all 50 states. As a result, overall, public schools in the United States are abysmal compared to their international peers.

To make matters worse, reading and math fluency rates have plummeted during the pandemic thanks to the simulation of teachers’ unions, which have resisted a return to classroom teaching long after it became clear that COVID-19 was neither a threat to children nor easily spread by them. By refusing to show up for work, they tried to hide behind politically correct rhetoric. As the Chicago Teachers’ Union put it, “the push to reopen schools is rooted in sexism, racism and misogyny.”

Lesson: These are not people you can work with.

The teachers’ unions and the bureaucrats had their chance. They have shown that they will not work on behalf of children, and so parents and voters are increasingly opening up legal avenues to work around them. It’s almost time. The best teachers will find a way to participate in this growing movement. And as a bonus, public schools already suffering from falling enrollment will feel intense pressure to pull themselves together or lose all their enrollment.

Educational freedom, whether in the form of public charter schools or vouchers, offers a way around those who resist necessary reforms to the education system. School choice has provided access to quality education to families who cannot afford private schools themselves. And public charter schools provide better options for students in failing traditional public schools. Educational freedom is the only known solution to the persistently poor quality of public education in cities, and it has improved dire situations where it has been widely introduced – such as in New Orleans and Washington.

There is one more thing. While the issue of school choice has been around for a long time, the topic has never been more prominent than it is today, given the left’s aggressive escalation of culture wars in the age of the pandemic. Liberals try to downplay the reality, but it’s on display everywhere, often because teachers openly admit it via social media. The radicals militarize education and make it a process that bothers children. They set aside reading and basic math in order to indoctrinate children into marginal gender ideology and racial essentialism.

Educational alternatives not only provide children with a better opportunity to learn, but they also help parents avoid having their family values ​​undermined by their own taxes. It’s a win-win.

CLICK HERE TO LEARN MORE ABOUT THE WASHINGTON EXAMINER