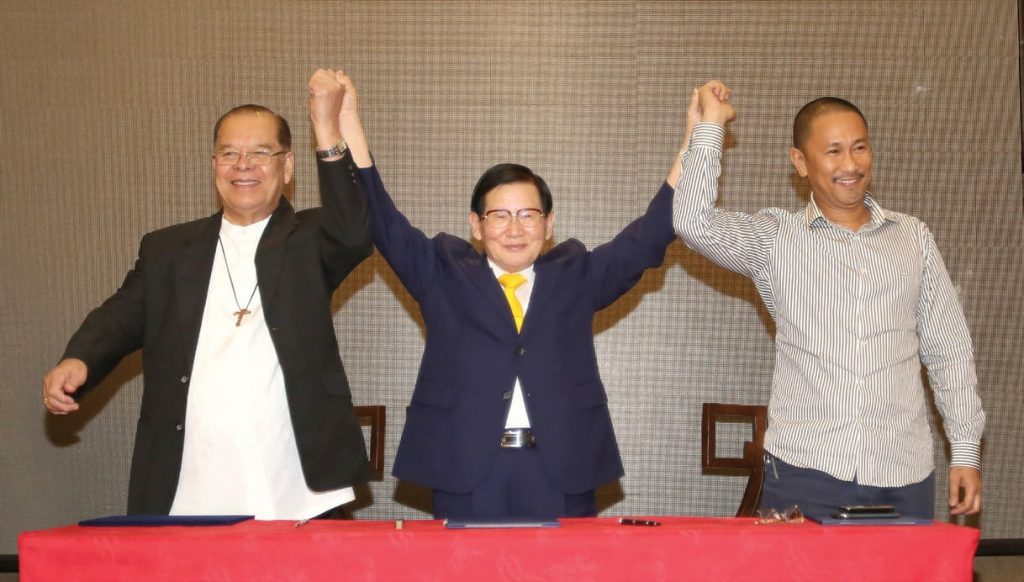 HWPL, which laid the groundwork to end war and conflict in Mindanao, Philippines, calls for the spirit of “We Are One” to be one with peace in the global village.

(ProNewsReport Editorial):- Chicago, Illinois June 21, 2022 (Issuewire.com) – Hope for peace is constant in the Republic of Korea, especially as the reverberation of Russia’s invasion of Ukraine has reignited the fear that the North one day launch an attack. When the war in Ukraine broke out, Koreans again felt a desperate need for peace.

Heavenly Culture, World Peace, Restoration of Light (HWPL), an international peace organization in Korea, is spawning a new culture of global peace by holding dialogues and spawning many peace initiatives in educational and religious institutions and organizations .

HWPL’s most notable achievement is its contribution to peace in Mindanao, Philippines. President Man Hee-lee helped end the 40-year-old conflict by building camaraderie with many religious groups and private institutions, embedding the peace accord in Philippine culture and citizenship. This became a model for peace initiatives that could be transferred to other Asian nations with similar conflicts.

In 2013, a representative from HWPL visited Mindanao to broker a peace agreement between local Mindanao leaders and non-governmental organizations. He summoned Catholic-Islamic leaders and urged them to end the conflict and do their best for reconciliation and cooperation for peace. After the signing of the agreement to end the war and world peace, two leaders representing local Islam and Catholicism, government and private sector, politics and religion joined together. With this declaration, January 24 each year became the anniversary of the peace agreement in Mindanao. The significance of the January 24 agreement is that it became the cornerstone of a peace movement in which HWPL and Filipino social leaders, as well as citizens, jointly developed the spirit of reconciliation. and coexistence.

The world has made efforts to resolve conflicts and establish peace, but in recent decades there has been a major shift in the origins of conflict. After the end of the Cold War, ethnic and religious identities that had been bound by ideology became a source of conflict. Ethnic and religious conflicts have increased dramatically, accounting for more than 80% of the conflicts occurring in the world. This evolution of conflicts requires a new approach to problem solving.

At the regional level, from 2019 to 2020, major cities in Mindanao, such as Cotabato City and Davao City, have decided to support and implement the “Declaration of Peace and Cessation of War” (DPCW) announced by HWPL . The DPCW has been developed and functions as an international legal document with legal, institutional and normative functions by international organisations, central and local governments and civil society.

At the national level, efforts to achieve peace through cooperation with central government ministries in the field of education are increasing. HWPL has implemented international peace education offered by the United Nations and UNESCO to students and citizens of the Philippines, beginning with the signing of a Memorandum of Understanding with 70 educational institutions in Mindanao in February 2016. on character development in keeping with the era of peace is a recent international educational trend. Several National UNESCO Committees have also signed MoUs with HWPL and are beginning to introduce peace education.

In the Philippines, in 2018, a memorandum of understanding was signed with the Commission on Higher Education (CHED), an organization under the direct control of the president, and in cooperation with the Ministry of Education, the National Curriculum education for peace education and education training is being expanded. Thanks to this cooperation, 2,551 teachers from 557 educational institutions are being trained in the Philippines alone, contributing to the peace education of 23,000 students (200 teachers and 5,000 students in Mindanao).

HWPL Chairman Lee Man-hee always insists, “Let us all become messengers of peace and leave peace as a legacy for future generations. The possibility of peace highlighted by HWPL will become a reality when people around the world take the lead and become shepherds of peace.

TV highlights from Wednesday June 22: Looking back on the Chernobyl disaster | Entertainment