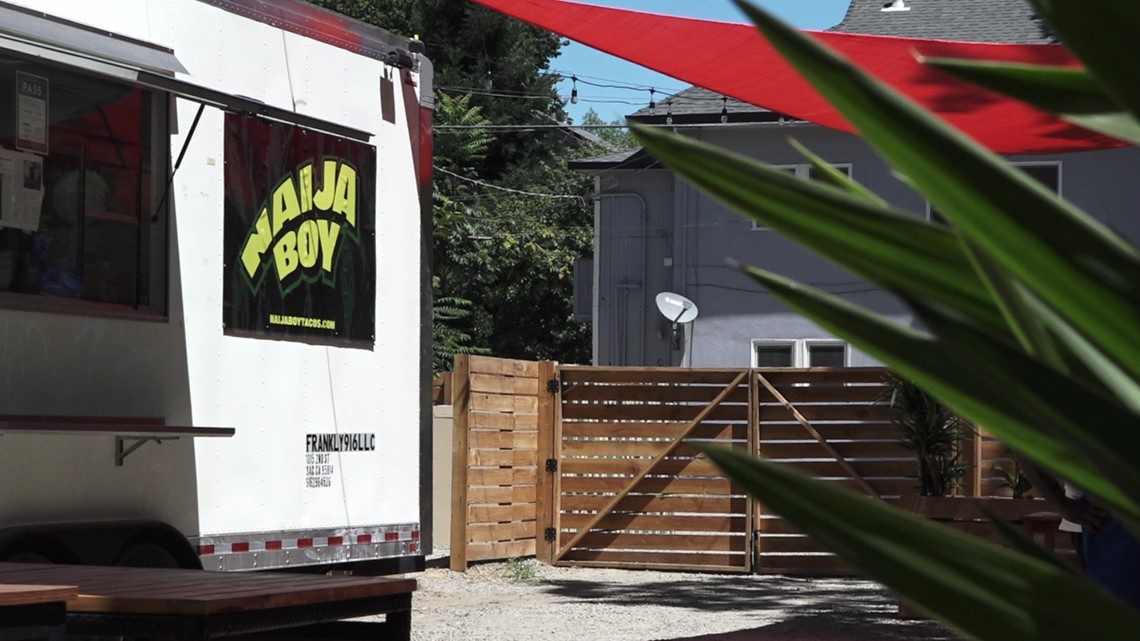 Naija Boy Tacos, where cuisine and culture come together

SACRAMENTO, Calif. – Anyone hungry for a taco?

A chef by the name of Rasheed Amedu launched a Nigerian taqueria called Naija Boy Tacos, creating a fusion between West African and Hispanic flavors.

New to the restaurant industry, Amedu was a former prep and line cook at The Boiler Room in Chicago. Since moving to Sacramento, he has been the former Sous Chef of Urban Roots Brewing & Smokehouse, former Chef of 18 Grams Coffee Roasters, former Sous Chef of TableVine and has cooked for Kru Contemporary Japanese Cuisine.

A few years ago, Amedu was only beginning to think of tacos with a sort of Nigerian influence.

After testing and solidifying his ideas, Naija Boy Tacos was born.

“I just wanted a Nigerian taqueria where I take the protein I ate as a kid and do something as simple as putting it in a tortilla,” Amedu said.

At first, he was doing Taco Tuesday pop-up offers at bars and restaurants like Ro Sham Beaux, The Snug and Bottle & Barlow. Those early pop-ups almost served as a test for Amedu to see how his audience would react, and they wanted more.

Fast forward to today, Amedu operates out of a food truck surrounded by vibrant Sac City Stems plants and communal benches and tables to bring the community together around the love and fusion of cuisine and culture.

“It’s a little mind-blowing for some people, and that was really the whole point of wanting to do it,” Amedu said. “I wanted to wrap it a certain way so people could understand it, right? It’s a taco, but the things in it are different or foreign to them, and my goal is to get people hooked on these flavors.”

Since Naija Boy Tacos is the very first West African taqueria in Sacramento, Amedu feels proud and inspired, especially since the African community in the Sacramento area has shown so much support.

Although facing staffing issues and the lengthy clearance process, Amedu is almost there with the full opening of Naija Boy Tacos in a few weeks!

In the near future, Amedu wants to bring Naija Boy Tacos into a brick and mortar, but for now he is preparing for the opening and is excited for people to come.

Naija Boy Tacos is located at 628 15th Street in Sacramento. Visit the Naija Boy Tacos website at www.NaijaBoyTacos.com to view the menu, place an order, and even get merchandise.