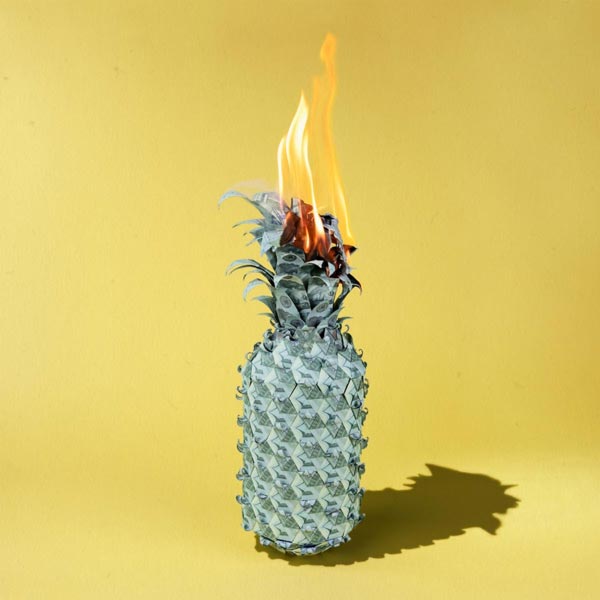 New Jersey alt/indie-pop’s third studio album The happy adjustments is out. Under the shade of green, is out everywhere now. In support of the new album, the band will be hitting the road this fall and winter across the EU and UK, with dates in the US soon after with backing from Daisy The Great and Phoneboy.

The long-awaited third studio album, Under the shade of green, is a two-year processing moment for each of the three band members, and invites listeners to join them. In typical Happy Fits fashion, however, the band mixes serious subject matter with unmistakable hooks and melodies, radiant instrumentation and unparalleled charm.

More than ever, the past two years have revealed colossal systemic failures across the globe, and Langman (vocals/electric cellist) says the album has created space to better understand his role within it. “This album is how I have processed the trauma of the past two years, from the pandemic to climate change, to the rise of fascism, to BLM, to find my place in this broken world. As there is no many who remain steadfast, I hope everyone can find something dark here to relate to.”

Monteith (guitarist/vocals) adds that in addition to their treatment, he provides a place of refuge, healing and cathartic release. “It ranges from little anxieties to existential crises. It was written as a kind of therapeutic way to release those emotions that apparently many of us have dealt with. It’s a reminder for us to stay positive, to overcome the bad habits and Overcoming our fears.”

This time, the band’s creative process on the album took nearly six months within the walls of their Brooklyn studio. Together five days a week, they were able to brainstorm ideas, work on demos and refine their sound like never before. Luke Davis (drums) says that in addition to putting the cello in the spotlight in a new way, the band evolved their sound to fit who they are today. “From catchy melodies to insane guitar riffs and cello parts, we’ve expanded our sound in ways that wouldn’t have been possible for us in the past. While still having the feel of The Happy Fits, a lot of these songs have very instrumental driven melodies.”

Advertise with New Jersey Stage for $50-$100 per month, click here for more info

After the pandemic hit, Langman, like many, struggled deeply both to deal with the reality of returning to her parents and to deal with the issues in her life’s relationships. The track allows Langman to release any excess pain and negativity he was carrying. Explaining what inspired the track, Langman explains, “There was this general feeling of disappointment I had for someone I had really respected. good anyway you slice it. I needed this song to channel all that negative energy so I wouldn’t let it go to my head.

The latest single from Under the shadow of Green, “Little One” is a sweet ode to the future children of the group, inspired by the many songs of the English singer-songwriter Tom Rosenthal dedicated to his daughter. “When I wrote the first draft of the lyrics,” Langman recalled, “there was the line, ‘with millions like us dear, may they give you what you need.’ I had this idea in my head that if something were to happen to me and I couldn’t talk to my kids, the only thing I would want them to know is that they belong, and there’s so much people out there willing to help others.” It’s ultimately a track that encourages you to feel everything you need to feel, to embrace vulnerability.

While a bright future can be elusive, the track’s chorus finds solace in the uncertainty. “Child, we’re alone on the face of the Earth. / We’re just floating in space with millions like us, my dear / You belong.”

This fits perfectly with The Happy Fits’ purpose of their live show and the message of their music – the desire to offer each other mutual support and a place to belong. Monteith adds, “We all navigate the world in our own way, but at the end of the day, we all end up in the same place. This song asks the question, “If that’s the case, why not be there for each other?” ?”

The previous single, “around and around” with its exciting pineapple cartel Musical clip, is a track that reflects the feeling that life is an endless loop with its haunting circular guitar riff. Previous singles include the irresistible “dancing alone“, and the accompanying home video, shot at Cameo Villa, here, and lead single, “Changes,” came with a whimsical video.

After an overwhelming turnout at Napa’s BottleRock Festival and Milwaukee’s Summerfest, the band will be trotting across the Atlantic to Europe and the UK this fall. The Happy Fits will hit Glasgow, UK on October 17, Manchester and London on the following two days and end in Berlin on October 22. The following Happy Fits have grown steadily and significantly over the past year with over 1.8 million monthly listeners on Spotify, 28.4,000 YouTube subscribers and 9.7 million views on YouTube. The What Could Be Better 2021 tour saw over 20 sold-out dates from Los Angeles to New York.

Shortly after crossing the pond, the trio return to kick off an extensive, full-length tour in November and mid-December spanning the eastern, western and southern United States with support from the rising pop artist Daisy The Great and indie rockers Phoneboy. . Beginning in Hamden, CT on November 9, the band will travel through the Midwest, then through the West, including three dates in California, and the South, including three dates in Texas, before concluding in Philadelphia, PA on December 18. . Due to popular demand, a second Washington DC show was added on December 14. Find a full list of dates below, complete with tickets on sale now here.

The happy adjustments Under the shadow of the green tour: Fall/Winter 2022

with Daisy The Great & Phoneboy

Advertise with New Jersey Stage for $50-$100 per month, click here for more info

* without Daisy The Great