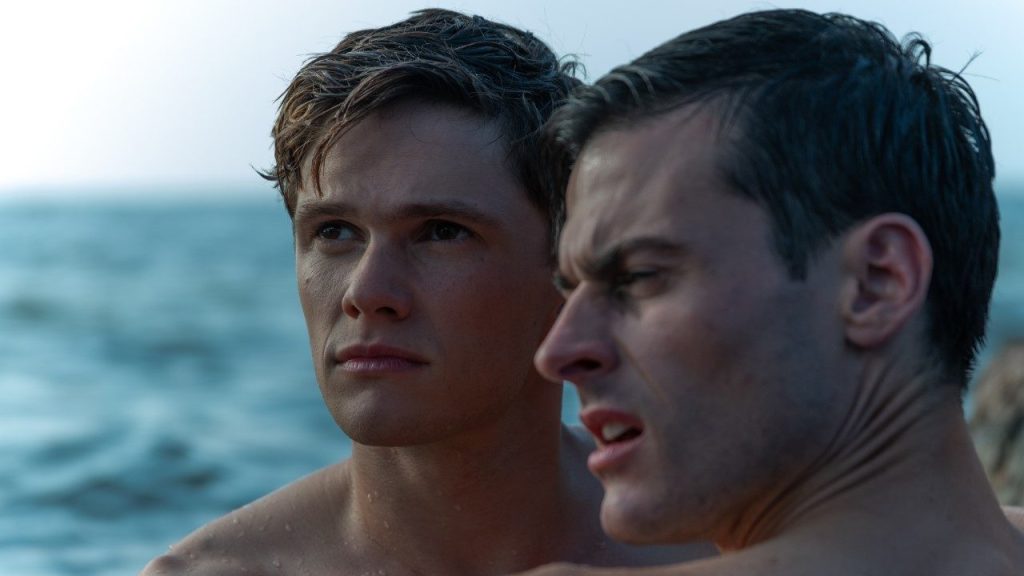 Based on a true story that took place during the Cold War, Bird of Fire is a love story set against the backdrop of a Soviet Air Force base in Estonia during the late communist regime of the 1970s. Sergey (Tom Prior), a soulful young soldier who dreams of to become an actor in Moscow, is counting the days until the end of his military service. His life changes when he meets Roman (Oleg Zagorodnii), an enigmatic ace fighter pilot newly assigned to his base.

Driven by their undeniable attraction, Sergey and Roman navigate the precarious line between love and friendship in a time when Soviet men in uniform caught having a sexual affair were punished with the harshest of punishments. As their friendship turns to love, the men risk their freedom and their lives to be together against an all-seeing Soviet regime.

“Peeter Rebane and Tom Prior’s film is both a beautiful love story and a reminder of how lucky we are to live freely and openly, while at other times and in other places even today others can’t,” said Howard, co-presidents of Roadside Attractions. Cohen & Eric d’Arbeloff in a joint press release. “Tom Prior has created an unforgettable character in his portrayal of Sergey, a man whose desire to be true to himself should inspire us all.”

“This powerful story of one man’s journey influenced me personally, having grown up in the USSR. A story as relevant today as it was almost 50 years ago, it is particularly meaningful to share our main message – that love is love,” added Rebane. “We couldn’t be more delighted to have Bird of Fire in the incredible hands of the team at Roadside Attractions. They are passionate about independent filmmaking and highly skilled in delivering meaningful stories to an audience that moves the needle on topics and issues so relevant to the world we live in today.

Since its inception in 2003, Roadside Attractions films have grossed over $500 million and garnered 23 Oscar nominations. The company has recently released films including The mail, Rita Moreno: Just a girl who decided to go and The Mountaineer. Other upcoming releases include Sundance 2022 titles Alice with Keke Palmer, Common and Jonny Lee Miller; Criminal Emily with Aubrey Plaza, which he co-acquired with Vertical Entertainment; and Call Jane with Elizabeth Banks and Sigourney Weaver; A line, a fiction inspired by the life of Celine Dion; Terence Davies’ Blessing with Jack Lowden and John Michael McDonagh’s thriller The Forgivenwith Jessica Chastain and Ralph Fiennes, which he co-acquired with Vertical.

Howard Cohen brokered the deal for Bird of Fire on behalf of Roadside Attractions, with Rebane, Michael Donaldson and Jamie Shepard at Donaldson Callif Perez on behalf of the filmmakers.

A Journey to the Top: SU Alum Orlando Street | Culture