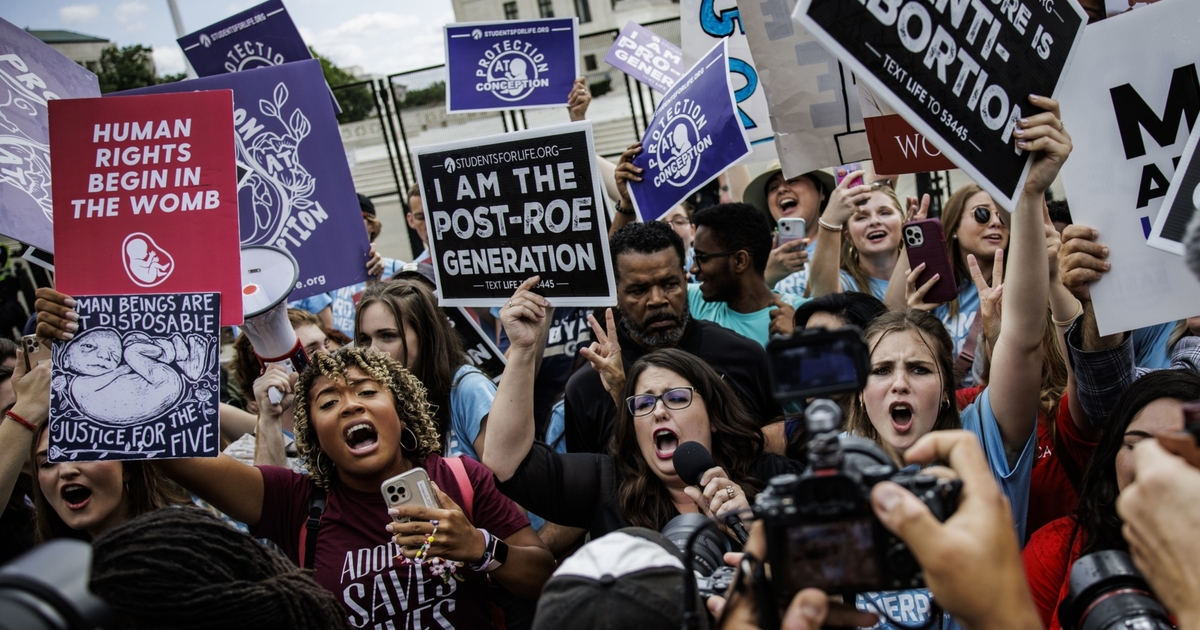 The conflict will rage for years, and will be brutal. It will affect each of us, male or female, gay or straight, anti-abortion or pro-abortion rights, not only in our daily lives, but also in decisions about where to live and work, and where to move and do not move. And, as in any war, there will be only one winner.

By actually quashing Roe v. Wade — and by inviting challenges to other fundamental aspects of contemporary life here like access to contraception and intermarriage and same-sex marriage — the court and its Trump-installed conservative majority have delivered on their long-held hopes.

Law change is no longer moot, Chicago. It’s as real as it gets, and the question is whether you’ll do anything about it.

If your daughter attends Indiana University or Purdue, will she be able to get an abortion if she needs or wants it? Probably not, unless she comes home, and even then there will be questions.

If she goes to St. Louis University or the University of Wisconsin at Madison instead, will she be able to get a morning-after pill or an IUD? Most likely not.

If you are married and gay and live in Lakeview, but your husband gets a job offer in Atlanta or Dallas, will your marriage be respected? Will you be subject to a new sodomy law? Both are very real issues today.

What if you are black and your spouse is white? Same uncertainty.

In its decision, the majority of the court was careful to say that it dealt only with abortion, which deals only with the moral question of “potential human life”. But the court framed much of its argument in terms of the rights that existed when our nation was founded, implying that all of those privacy-related rights that formed the basis of American culture after World War II are too recent to count.

Judge Clarence Thomas seized on it vigorously. In his concurring opinion, he openly called for challenging rulings that allowed contraception for married and unmarried people, allowed same-sex marriage and banned sodomy laws.

The question is what happens now.

Here in Illinois, both political parties will point out their differences. For example, by declaring a special session of the General Assembly later this summer to strengthen the state’s pro-abortion laws and perhaps pave the way for an amendment to the Illinois Constitution enshrining the right to Abortion, Pritzker said, “Take your iron boot off the neck of women.” One of his rivals, Jesse Sullivan, replied in kind: “My faith and my values ​​serve as my North Star, not polls or political donations.”

Not much middle ground there, is there? You can’t argue with “my faith”.

In the short term, the decision will likely help women run in the Democratic primaries, people like congressional hopefuls Delia Ramirez and Marie Newman, and secretary of state candidate Anna Valencia. Likewise, it will hurt Republicans who continue to waver on the issue, such as Governor hopeful Richard Irvin, who only said today that he hopes to temper the state’s current abortion laws to, by example, requiring parental guidance.

In the longer term, it will be an all-out political battle. The court has thrown this issue into day-to-day politics, and it is there that it will be debated until a new balance of power is achieved.

The real question is whether the voters who support abortion rights and the related issues I mentioned above – they are the majority, according to the polls – will catch up with the kind of vehemence the other side has demonstrated. The related question is how far conservatives will push the kind of policies that, for example, the Republican Party of Texas adopted at its convention last weekend.

What I do know: Today’s court has dramatically changed America. He declared a political war to decide who won, state by state and ultimately for the nation. Neither side will take prisoners.