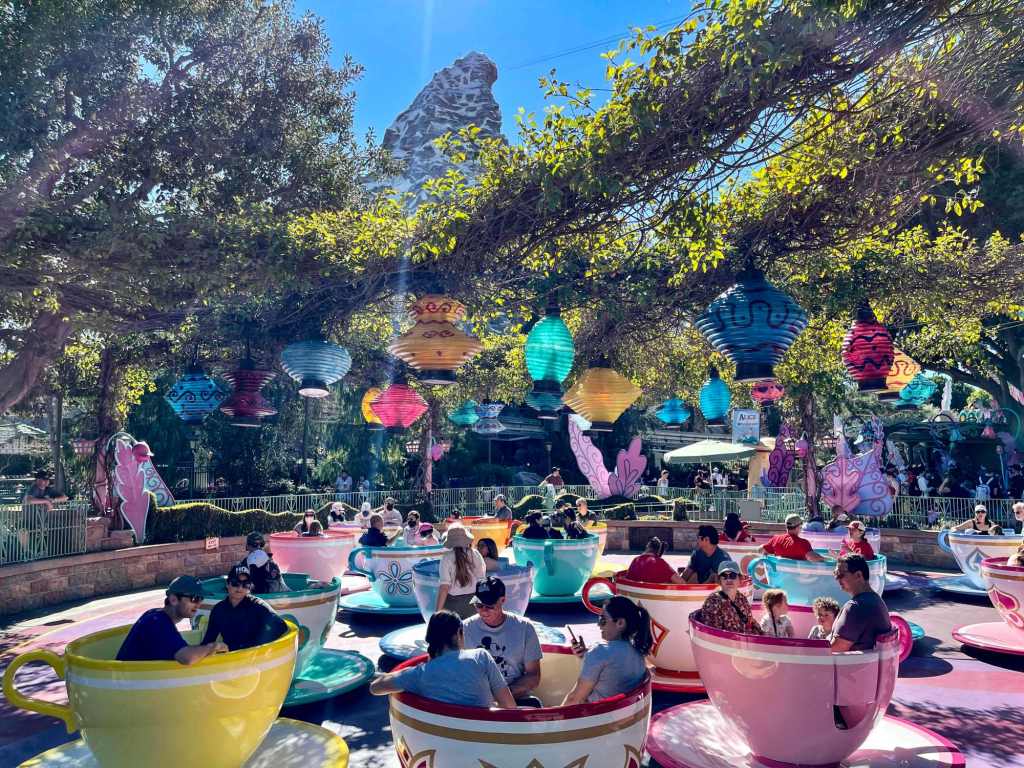 The Kardashians made headlines on a recent trip to Disneyland when they lined up and jumped on rides all by themselves while crowds were made to wait while the reality TV stars enjoyed Mad Tea Party and Dumbo the Flying Elephant.

Kim Kardashian, her sister Khloe and their children have ‘sparked outrage’ after a viral TikTok video showed them riding the Mad Tea Party surrounded by 15 empty tea cups as ‘angry’ and ‘angry’ visitors were waiting in a “massive” queue for the Fantasyland attraction, according to the Daily Mail.

“You can’t sit with us! shouted the headline of the Daily Mail. “Massive crowds forced to wait while the Kardashians enjoy teacups and a Dumbo ride with EMPTY seats at Disneyland on $3,000 VIP tour.”

Photos posted to Kim Kardashian’s Instagram account show the family also riding the otherwise empty Dumbo the Flying Elephant attraction during their day at the Anaheim theme park, according to the UK. Daily mail.

Social media photos show the Kardashians being escorted throughout the park by a Disneyland Guest Relations cast member in a familiar red and green plaid vest. The reality TV stars paid $2,975 for a VIP Disneyland tour that included priority access to the rides, according to the Daily Mail.

Kardashian’s trip to Disneyland with VIP treatment “highlighted the difficulty of being one of the most famous families on the planet,” according to TMZ.

“For them, it’s a bit of a necessity because they’d be overwhelmed with fans if they stood in line and the trip would be a disaster for the kids,” according to TMZ.

SEE ALSO: Expect Disneyland fans to line up for buckets of Elliott the Dragon popcorn

The decision to close the teacup ride to everyone but the Kardashians was made by Disneyland, according to TMZ.

“We’re told the Kardashians didn’t request that the ride be closed to other guests,” according to TMZ. “Disneyland staff just did it. They haven’t closed any other rides for the family.