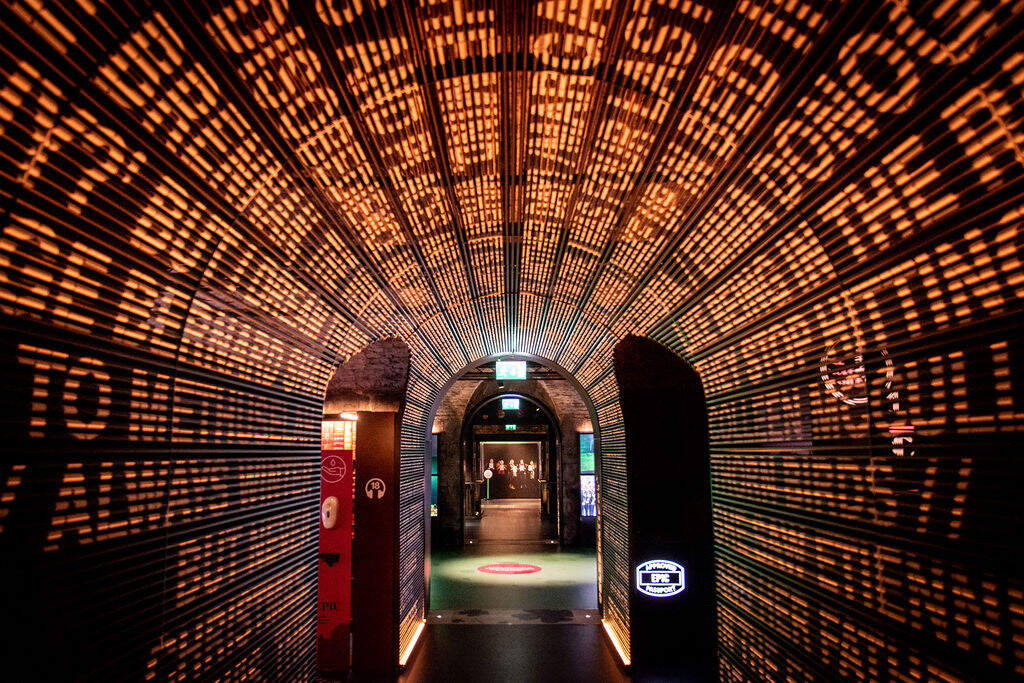 This little-known museum is one of Europe’s biggest attractions

Are you one of the 70 million people of Irish descent living outside Ireland? That includes about 31.5 million Americans, even Presidents Biden and Obama, and 21 others.

If your Irish roots draw you to Dublin, be sure to visit EPIC The Irish Emigration Museum.

I thank FÃ¡ilte Ireland, the National Tourism Development Authority of the Republic of Ireland, for hosting me. The official tourism website is Ireland.com.

EPIC is part of the Dublin Docklands regeneration project on both sides of the River Liffey and is easily accessible by public transport, car or on foot.

Irish history through the eyes of emigrants

This museum is dedicated to telling the stories of people who left Ireland. Who are they? Where did they go? What did they do?

The bigger question is, “Why did they leave?” EPIC responds, often with restraint. If you are looking here for Ireland’s darker history of religious persecution and political oppression, you will find it, but it is not in the foreground.

A museum without artifacts? Yes!

Leaving a place can create some artifacts, such as letters, tickets, and suitcases. EPIC does not collect them. The letters you will see here are digitized, selected for their account of the journey to a new life.

Many museums add digital media to enrich their collections. EPIC is completely digital. There is no collection of objects.

Visiting EPIC takes around 90 minutes on average, but some visitors spend significantly more time. In each of the 20 galleries, there is something to see, do, listen to, watch or try – often all of it.

Because it’s a museum about people, you see their photos everywhere. Projections on the walls show individuals from hundreds of years ago to today. Some of them speak. They explain who they are and tell you what drove them away from Ireland. Was it sad? Or optimistic – a quest for better jobs, the opportunity to own land or perform on a bigger stage?

How did that happen ? Much of EPIC is about the achievements of Irish people around the world.

The most fascinating work of art here is a light sculpture of the interior of the brain, where you can stand under tree structures made of intertwined blue fibers. Watch for synapses that go off as ideas arise. This is Gallery 11, Discovery, Invent, showcasing Ireland’s scientific achievements and discoveries.

I was happy to see the story of Sir Ernest Shackleton, the legendary Antarctic explorer of Irish descent, and Tom Crean, a hero less known to his crew.

Whether you are a sinner or a saint, you will find many big names in the Irish Diaspora here if you look closely.

On the dark side, room 13, Reach for infamy, offers a quiz on some notoriously bad Irish expats. You respond by moving from one side of the room to answer A and to the other for answer B. With characters like the legendary Australian bushranger and fugitive Ned Kelly, and Anne Bonny, the Pirate Queen of the Caribbean, who can resist playing?

It’s fun to watch other people try Irish dancing in Gallery 14. On the wall, a full-size video shows how the pros do it. Then we visitors can try a little Riverdance by simply moving our feet to the beat of the music, following the numbered footprints along the floor. If only it was that easy.

Dancing footprints conveniently lead to a cozy Irish pub. Food and drink aren’t real in this exhibit, but don’t worry. There are Irish pub knockoffs all over the world. In Dublin you will find a lot of real ones.

I was surprised to see how North American music has Irish roots. The Music and dance gallery (14) demonstrates Ireland’s progression to the Appalachians and beyond. Irish tunes have evolved to create or influence folk, bluegrass, and even Bob Dylan ballads.

EPIC introduces Chicago Police Chief of the early 1900s, Francis O’Neill, not as brass, but as a leading collector and curator of Irish music.

Irish writers are legendary. This country is full of born storytellers, after all.

The Whispers Library (Gallery 18) places you in a reading room lined with books. Browsing the electronic volumes of Irish Literature allows you to hear selected readings from some of the many great writers Ireland has sent out to the world. Dracula, anyone?

A museum that children really love

Museums are wonderful places, but when I was a kid it was radical for a museum to be interactive. It’s all changed. Parents know that interactive exhibits, which don’t have to be digital, are a great magnet for children.

EPIC is easy to use for children. They can stamp their passport (each visitor receives one) in each gallery, to remember their visit. EPIC’s website has kid-friendly downloads, videos, and walkthrough.

Visitors can see Irish sports they may not have heard of yet, such as hurling.

EPIC is in the underground part of the CHQ (Custom House Quay) building, in a series of connected barrel vaults. Imagine standing in a brick tunnel where the walls and ceiling form a smooth curve. I like the idea that the bricks were placed by hand 200 years ago. If EPIC reminds you of a wine cellar, you are not far away.

Above ground, the CHQ is a large uninterrupted space with a cast iron frame. It was designed and used from 1820 as a warehouse for tobacco and tea above ground and wine and spirits below. On October 22, 1856, some 3,000 soldiers and 1,000 other guests enjoyed the Crimean War banquet here. The menu included a ton and a half of plum pudding.

Today you can find food and shopping here.

Stroll along the Liffey

EPIC is on the north side of the River Liffey, about a 10 minute walk from O’Connell Street. En route you pass the Custom House landmark.

If you have time, go the other way first, just 5 minutes uphill from O’Connell Street Bridge to the Ha’Penny Bridge. From this iron pedestrian bridge, opened in 1816, you can see the O’Connell Bridge and beyond, the green dome of the White House of Customs.

History of the famine near EPIC

As you walk along the Liffey, near EPIC, the gaunt figures of the Famine Memorial are a shocking reminder of the brutality of the Great Famine (also known as the Great Hunger). Although EPIC makes it clear that emigration is driven by many reasons – opportunities to own land, get a better job, help others, play sports, entertain people, seek out love, and more – the biggest cause was famine. .

In 1821, the population of Ireland was approximately 6.8 million. In 1841 it was 8.2 million. This is for the whole island, which is now divided between the Republic and Northern Ireland. From 1845 to 1852, a low estimate is that famine killed over a million people and another million emigrated. In 2021, the population of the Republic of Ireland finally returned to its 1851 level.

Right after EPIC is another piece of famine history that you can visit separately from EPIC, the Jeanie johnston replica ship. The original Jeanie made 16 trips, carrying approximately 2,500 people through Canada and the United States, with no one dying.

Learn more about your own Irish roots

After learning about Irish emigration at EPIC, visit the on-site Irish Family History Center to explore your own Irish genealogy.

Start with her advice online and come prepared. You can pre-book a consultation with a genealogist to help you break through those brick walls during your visit.

EPIC is fully accessible to people in wheelchairs.

India and the United States are natural allies, especially in the field of education: Dharmendra Pradhan