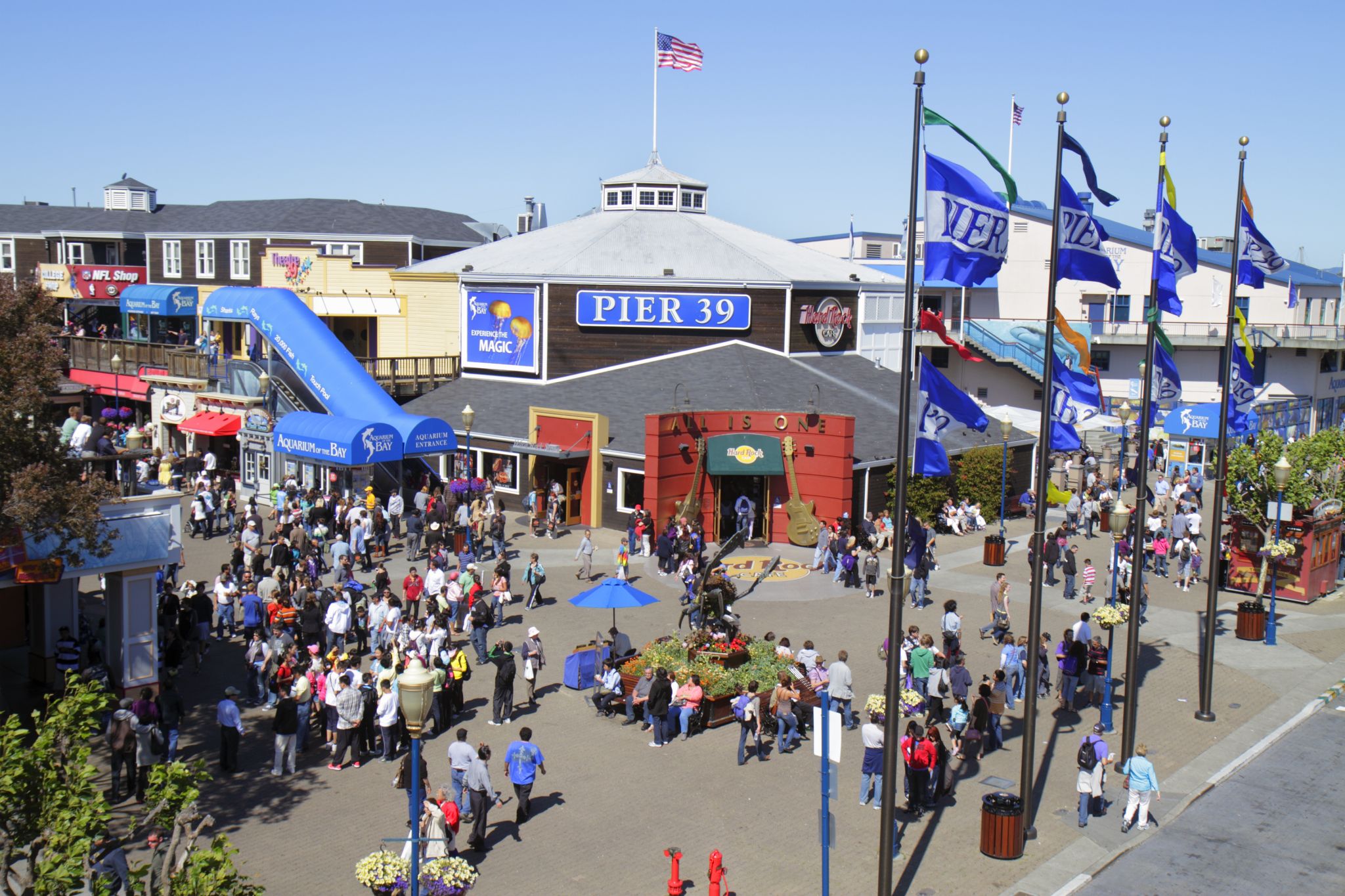 One of my earliest memories of San Francisco is Fisherman’s Wharf. I was in high school visiting potential universities, and I vividly remember freezing on the pier eating a bowl of warm clam bread and buying a counterfeit UC Berkeley sweatshirt at one of the tourist shops. . I enjoyed it.

But since moving to the Bay Area, I’ve only been back to the dock a handful of times. That’s because locals hate it – in fact, it’s the most ridiculed neighborhood in all of San Francisco.

There’s a lot to hate: the wharf is overcrowded with tourists, tacky souvenirs, and overpriced food that isn’t good. For years he was even terrorized by a man emerging from behind a bush. It is not the true San Francisco.

But let’s all enlighten a minute. What if the tourists were on to something? What if under all the soulless restaurant chains, the ugly seagulls and commemorative key chains, was a heart of gold? I decided to find out.

On a hazy Thursday morning, the smell of cotton candy in the air, I headed straight for the belly of the beast: Pier 39. My mission was simple – locate the most old-fashioned and touristy attractions possible and give them a good shot. Here is what I found.

OK, yeah, this place looks very cool. It’s a maze of neon-lit mirrors kept so bright that it’s actually impossible to discern what is a real path and what is just a reflection (I almost walked into a wall about 11 times ). It looks very eye-catching in the photos. But as soon as I was done taking pictures, I realized I really had to figure out how to get out, and panic set in.

With no one other than my directional challenge self to rely on, I kept going in circles. Will I be lost here forever? It seemed very possible.

If you were with a group of friends and not alone like me, I think Magowan’s Infinite Mirror Maze would actually be fun and not a horror movie (in other words, it’s worth $ 10). But personally you couldn’t pay me to go back.

In the end, I didn’t even find the real exit – I just walked around the entrance and booked the exit. I glanced at the time: it had only been six minutes.

Seeing sea lions was not on my original to-do list. But after my Mirror Maze trauma, I needed a pick-me-up.

The minute I walked through the swinging doors to the Observation Pier and heard my first â€œARF ARF ARFâ€, a huge smile spread across my face. I legitimately shouted.

There they were, those big squirming sea puppies, collapsing on top of each other in a big heap. They burped and barked, cuddled and climbed. I laughed, I almost cried. I love them.

Then I skipped the obvious carnival rides at Pier 39 for a game that promised something more: the 7D Experience, a â€œvirtual roller coasterâ€ video game with movable seats. I stood in line behind a family whose children were arguing over what game to play.

The girl got what she wanted – they went for “carnival”. I paid my $ 14 (oof) and asked for the same so I could slip into their game.

We all entered a dark theater, where we put on 3D glasses and strapped into our movement seats. To my right was a blaster, with which I was asked to “shoot the clowns”.

I’m really not a big fan of video games, but this game was really fun. The graphics were terrifying (think bloody clown heads rushing towards you on two legs), and I screamed more than once. The special effects of the jostling of the seats and the air blowing in my face made me feel like I was truly on a haunted roller coaster ride. I kept a deadly grip on my blaster, shooting clowns like my life depended on it.

In the end, I came in third, ahead of two kids who probably play video games every day. Not bad for a non-player.

Believe it or not from Ripley!

I didn’t have high expectations for Ripley’s Believe It or Not! But the second I walked into the museum and â€œHey There Delilahâ€ exploded over the speakers, it just got worse than I imagined.

I was the only person in the whole museum, which was unsettling considering all the mannequins, animal skeletons and shrunken heads. The environment pissed me off so much that I almost shouted my head when an employee rushed in front of me.

A television broadcast a video detailing the life of cartoonist Robert Ripley, explaining how he was “fascinated by primitive and exotic cultures.” Things only got more offensive from there, whether people with physical disabilities or non-Western cultures were portrayed as scary things to watch.

How does something like this still exist in San Francisco, let alone in 29 locations around the world? Also, how the hell does it cost $ 30? (This price includes admission to another maze of mirrors, to which I say: absolutely the f â€” k not.)

I have never been so happy to see the exterior of Fisherman’s Wharf.

I had purchased the combo deal – $ 40 for admission to both Ripley’s and Madame Tussaud’s – so I then headed to the wax museum next door. Still reeling from my Ripley’s experience, I braced myself when the elevator doors opened.

At first, I struggled to understand the scene in front of me. An EDM remix of “San Francisco (Be Sure to Wear Flowers in Your Hair)” blew through my ears. A lifelike figure of Robin Williams wearing suspenders stood in the middle of a 70s-inspired flowery display, flaunting a thumbs-up.

Wax figures of dozens of San Francisco celebrities followed, from Janis Joplin to Bruce Lee to Steph Curry and former San Francisco Mayor Ed Lee. Some were eerily realistic (well, until you looked deep into their dead eyes). Others, like Lady Gaga, hardly resembled their muses.

The moment I reached a prison cell with Al Capone holding a banjo, I began to understand the mission. Yes, the wax museum is an opportunity to stand next to a celebrity that you will probably never meet in real life (to me that meant realizing that many of them are much shorter than I think). ‘imagined).

But in the end, the wax museum is just a selfie museum. I started taking goofy photos of myself posing next to Bill Gates, Beyonce and Nicolas Cage and sending them to friends without an explanation, in the hope that they would be fooled into thinking I was suddenly very popular. and well known (confession: it didn’t work).

The whole thing was really very scary, especially considering the emptiness inside. But pretending to be Rihanna’s best friend more than made up for that.

I hate to say it, but posh locals are usually right: Fisherman’s Wharf is hellish scenery. But that doesn’t mean that there aren’t some treasures among the tourist traps.

If you’re the type who enjoys shooting clowns or taking selfies with Al Capone, check out the 7D Experience and Madame Tussauds. Just make sure to avoid Ripley’s Believe It or Not! at all costs.

Having said that, for the less damn experience, simply jump in and head straight for the sea lions. They won’t cost you a dime and never let you down.