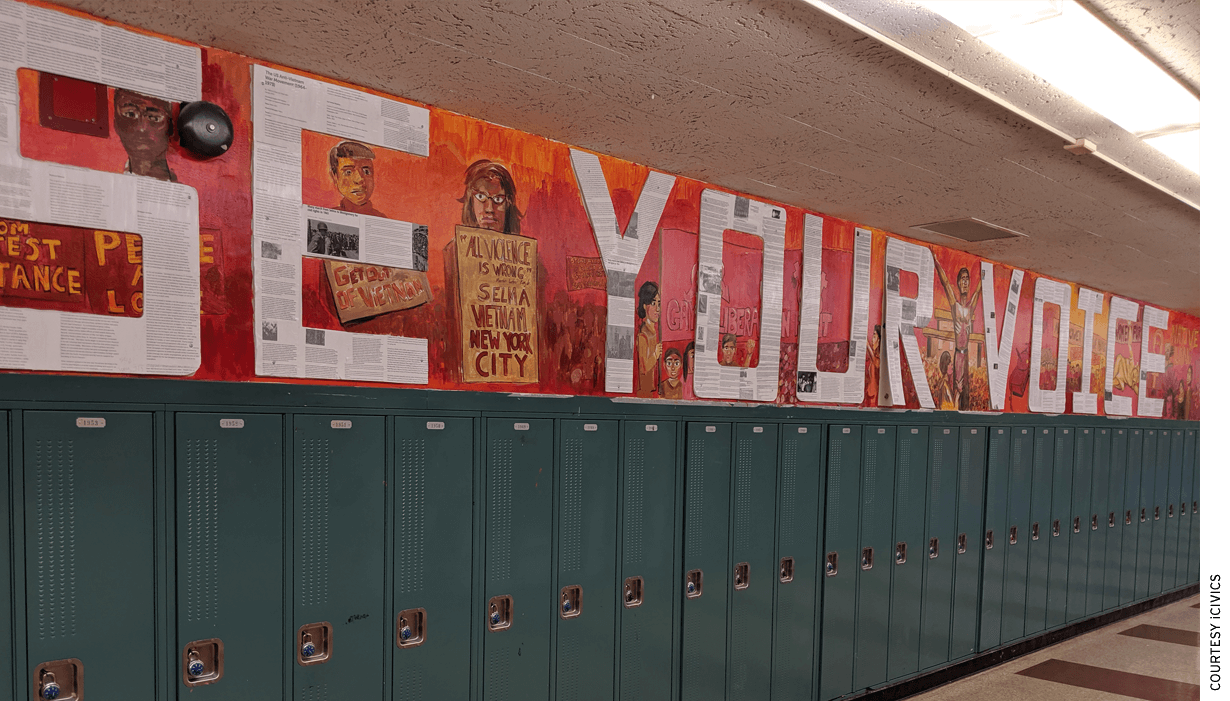 What Changed at George Washington High School in Chicago

The term “educational reform” can evoke visions of top-down testing mandates. Even some supporters have dropped the term.

Yet our current system does not adequately prepare students for life after school. Perhaps, then, it is time to rethink how we are going to reform education. Perhaps we should instead turn to a holistic model that includes teachers, students and communities, focusing on relationships. and The data. Where many of us seek to fill the current gaps in democracy through education, we could also fuel education through democracy.

This is exactly what happened at George Washington High School, a public school in Chicago.

Less than a decade ago, Washington High was named a struggling Illinois priority school because it had ranked in the state’s top 5 percent for the past three years. The school is located in the far southeast of Chicago, in an 89% Latin American community just across the border from Indiana.

But over the past nine years, the school has taken a turn. Chicago Public Schools now consider it a Level 1 school, the highest ranking in the system awards. Academic success is up, disciplinary incidents are down, and the school feels like a place where students thrive.

During a recent visit to the school, members of the CivXNow Coalition witnessed these changes in action. When our team entered the school, we were immediately approached by a student asking what we were doing there. The question made us smile at the pride and sense of belonging that the student felt towards his school.

Our team visited a regular civic education class where students were engaged on issues that matter to them. We also visited an advanced placement government civic education course for first-year students, which in itself is unusual given that advanced placement courses are typically for students in the upper grades. The task that day was to study the results of survey data related to improving school meals, build arguments based on the data, and then select the best arguments to present to the principal. In separate work, students designed their own survey of the study room and its use, which included a review of how much homework teachers should assign. The students worked in groups and presented their work orally and in writing. They had written reports and were about to discuss them with the teachers and the principal.

The most striking aspect of our visit was how much the students and teachers seemed to care about their school.

During our visit, Director Kevin Gallick didn’t point out a single magic solution or a clever set of talking points. The story of improving their school is not one of those made-for-television success stories that abound on the conference circuit. Instead, it’s the story of a true transformation that took time, respectful relationships across the building and with the community, and a commitment to excellence in academics.

After conducting a number of interviews, we learned that the change in Washington involved a focus on basic literacy, along with a new principal, some excellent teachers, and a new state requirement for education. civic at the secondary level.

The state of Illinois has some of the strictest civic education mandates. Although the principal initially saw these mandates as another obstacle, the legislation proved essential to the transformation of the school. The state provided funding and requirements for the classes where most of the changes started. It also funded the necessary teacher training. Becoming a school of democracy and placing civic education and civic empowerment at the heart of the school’s mission was essential to Washington’s efforts to embark on a process of school transformation.

Civic life is, after all, about the connection between community members, our relationships with each other, and how we solve problems together. The framing question for civic education, as Peter Levine, professor at Tufts, puts it, is’ what should we do? ”This presupposes the existence of an“ we ”, and there is no unrelated civic life between individuals. The foundation of an effective school culture is flourishing civic life within the school community. based on tackling challenges together. It may not be the same in every community. The “fabric” will be different, but these core principles remain the same.

At Washington High, students had the opportunity to make their voices heard and to make change within the school. Students were allowed to vote to remove the requirement for school uniforms, and a student voice committee was formed to make improvements to the school grounds and facilities. The committee addressed issues such as lead in the water, a leaky roof and a poor bathroom. Giving students and faculty more say in decisions has fostered a culture of respect and trust.

Is Washington High School Still Having Problems? Sure. The roof is still leaking. But all members of the community now have an active role in the success of the school. They will continue to work together and hold themselves accountable for providing or receiving a great education.

Investing in the civic life of schools suggests a path for a new kind of educational reform, in which fueling democracy through education will also fuel education through democracy.

Louise Dubé is the Executive Director of iCivics, the civic education non-profit organization founded by Justice Sandra Day O’Connor, and one of the founders of CivXNow.org.